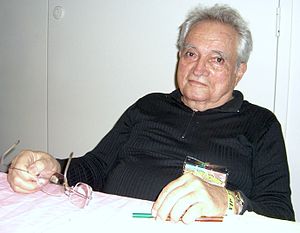 He has also produced commercial art, two pieces of which, depicting Roman and Revolutionary War battle scenes for toy soldier sets, became familiar pieces of Americana after gracing the back covers of countless comic books from the early 1960s to early 1970s.

Heath was inducted into the Will Eisner Comic Book Hall of Fame in 2009.

American comic book artist
Back
This content was extracted from Wikipedia and is licensed under the Creative Commons Attribution-ShareAlike 3.0 Unported License