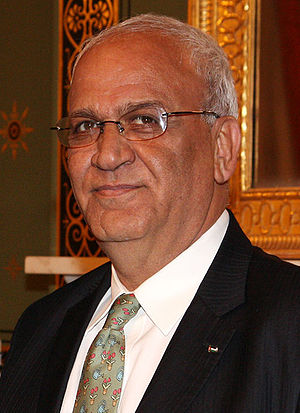 He served as chief of the PLO Steering and Monitoring Committee until 12 February 2011.He participated in early negotiations with Israel and remained chief negotiator from 1995 until May 2003, when he resigned in protest from the Palestinian government.

He reconciled with the party and was reappointed to the post in September 2003.

Palestinian politician
Back
This content was extracted from Wikipedia and is licensed under the Creative Commons Attribution-ShareAlike 3.0 Unported License