Salvador Guillermo Allende Gossens (US: , UK: , American Spanish: [salβaˈðoɾ ɣiˈʝeɾmo aˈʝende ˈɣosens]; 26 June 1908 – 11 September 1973) was a Chilean physician and socialist politician who served as the 28th president of Chile from 3 November 1970 until his overthrow and suicide on 11 September 1973.

He was the first Marxist to be elected president in a liberal democracy in Latin America.Allende's involvement in Chilean politics spanned a period of nearly forty years, having covered the posts of senator, deputy and cabinet minister.

As a life-long committed member of the Socialist Party of Chile, whose foundation he had actively contributed to, he unsuccessfully ran for the national presidency in the 1952, 1958, and 1964 elections.

In 1970, he won the presidency as the candidate of the Popular Unity coalition, in a close three-way race.He was elected in a run-off by Congress, as no candidate had gained a majority.

As president, Allende sought to nationalize major industries, expand education and improve the living standards of the working class.He clashed with the right-wing parties that controlled Congress and with the judiciary.

On 11 September 1973, the military moved to oust Allende in a coup d'état supported by the United States Central Intelligence Agency (CIA).

As troops surrounded La Moneda Palace, he gave his last speech vowing not to resign.Later that day, Allende committed suicide.

Following Allende's death, General Augusto Pinochet refused to return authority to a civilian government, and Chile was later ruled by a military junta that ruled until 1990, ending more than four decades of uninterrupted democratic governance.

The military junta that took over dissolved the Congress of Chile, suspended the Constitution, and began a program of persecuting alleged dissidents, in which at least 3,095 civilians disappeared or were killed. 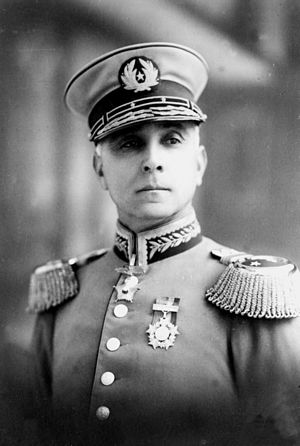