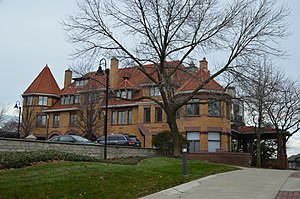 Samuel Holmes Sheppard (December 29, 1923 – April 6, 1970) was an American osteopathic physician-neurosurgeon.He was exonerated in 1966, having been convicted of the 1954 murder of his wife, Marilyn Reese Sheppard.

The case was controversial from the beginning, with extensive and prolonged nationwide media coverage.The U.S.Supreme Court determined that the "carnival atmosphere" surrounding Sheppard's first trial had made due process impossible; after ten years in prison he was acquitted at a second trial.

American neurosurgeon
Back
This content was extracted from Wikipedia and is licensed under the Creative Commons Attribution-ShareAlike 3.0 Unported License