Walker was known for his baritone voice and an unorthodox career path which took him from 1960s teen pop icon to 21st-century avant-garde musician.

Walker's success was largely in the United Kingdom, where his first four solo albums reached the top ten.He lived in the UK from 1965 and became a UK citizen in 1970.

Rising to fame in the mid-1960s as frontman of the pop music trio the Walker Brothers, he began a solo career with 1967's Scott, moving toward an increasingly challenging style on late-1960s baroque pop albums such as Scott 3 and Scott 4 (both 1969).

After sales of his solo work started to decrease, he reunited with the Walker Brothers in the mid-1970s.From the mid-1980s onward, Walker revived his solo career while moving in an increasingly avant-garde direction; of this period in his career, The Guardian said "imagine Andy Williams reinventing himself as Stockhausen".

Walker's 1960s recordings were highly regarded by the 1980s UK underground music scene, and gained a cult following.Walker continued to record until 2018.

He was described by the BBC upon his death as "one of the most enigmatic and influential figures in rock history". 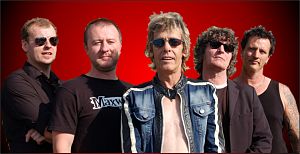