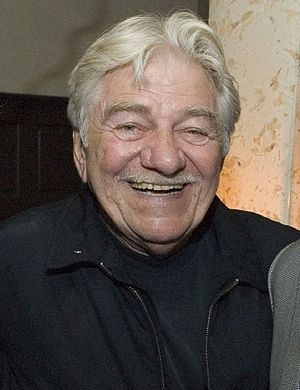 Seymour Joseph Cassel (January 22, 1935 – April 7, 2019) was an American actor who appeared in over 200 movies and television shows, and had a career that spanned over 50 years.Cassel first came to prominence in the 1960s in the pioneering independent films of writer/director John Cassavetes.

The first of these was Too Late Blues (1961), followed by Faces (1968), for which he was nominated for an Academy Award and won a National Society of Film Critics Award.

Like Cassavetes, Wes Anderson frequently cast Cassel – first in Rushmore (1998), then in The Royal Tenenbaums (2001), and finally in The Life Aquatic with Steve Zissou (2004).