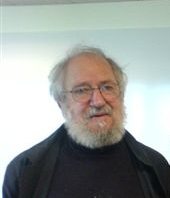 Seymour Aubrey Papert (; 29 February 1928 – 31 July 2016) was a South African-born American mathematician, computer scientist, and educator, who spent most of his career teaching and researching at MIT.

He was one of the pioneers of artificial intelligence, and of the constructionist movement in education.He was co-inventor, with Wally Feurzeig and Cynthia Solomon, of the Logo programming language.