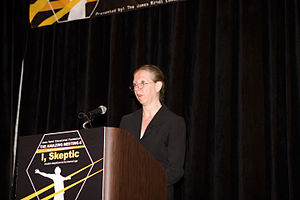 Sharon Begley (June 14, 1956 – January 16, 2021) was an American journalist who was the senior science writer for Stat, a publication from The Boston Globe that covers stories related to the life sciences.

She regularly contributed articles to the Yale Scientific Magazine while at University.She published recurring columns and feature articles in several mainstream publications on a wide variety of scientific topics.

Begley was also an author and spoke at professional and community organizations.Her topics included the neuroplasticity of the brain, issues affecting science journalism, and education.

She appeared on radio and television to discuss topics covered in her articles and books.Begley attracted both praise and criticism as a writer.