She was most noted for her ability to accompany herself with nearly incomparable independence and ability on the piano while singing, something described by arranger Johnny Mandel as "like having two heads", and for her rich, lush voice, a smoky contralto, which was described by noted producer and arranger Quincy Jones as "like clothing, as she seduces you with her voice". 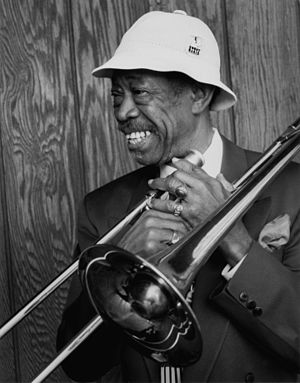 American jazz musician
Back
This content was extracted from Wikipedia and is licensed under the Creative Commons Attribution-ShareAlike 3.0 Unported License