Sir John Wentworth, 1st Baronet (9 August 1737 – 8 April 1820) was the British colonial governor of New Hampshire at the time of the American Revolution.

He was later also Lieutenant-Governor of Nova Scotia.He is buried in the crypt of St.Paul's Church (Halifax). 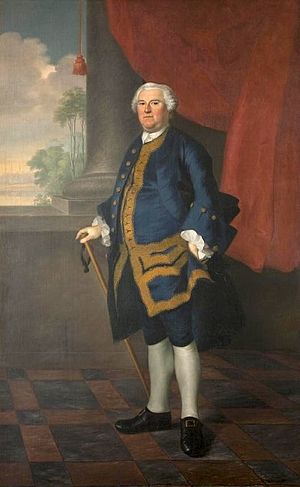 Colonial governor of New Hampshire
Back
This content was extracted from Wikipedia and is licensed under the Creative Commons Attribution-ShareAlike 3.0 Unported License