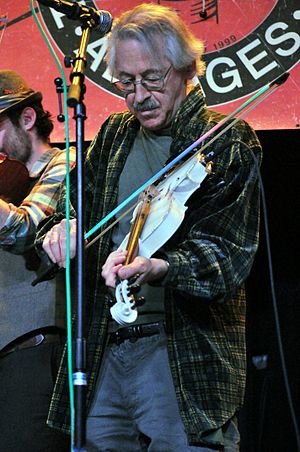 The Holy Modal Rounders was an American folk music group, originally the duo of Peter Stampfel and Steve Weber, who began performing together on the Lower East Side of New York City in the early 1960s.

Their unique blend of folk music revival and psychedelia gave them a cult-like following from the late 1960s into the 1970s.

For a time the group also included the playwright and actor Sam Shepard.

Folk musician
Back
This content was extracted from Wikipedia and is licensed under the Creative Commons Attribution-ShareAlike 3.0 Unported License