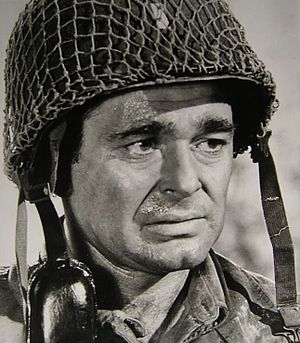 Stuart Maxwell Whitman (February 1, 1928 – March 16, 2020) was an American actor, known for his lengthy career in film and television.Whitman was born in San Francisco, and raised in New York until the age of 12, when his family relocated to Los Angeles.

In 1948, Whitman was discharged from the Corps of Engineers in the United States Army, and started to study acting and appeared in plays.

On television, Whitman guest-starred in series such as Dr.Christian, The Roy Rogers Show, and Death Valley Days, and also had a recurring role on Highway Patrol.

Whitman's first lead was in John H.Auer's Johnny Trouble (1957).In the late 1950s, 20th Century Fox was on a drive to develop new talent, hence Whitman was signed to the star-building program.