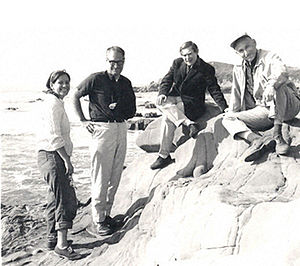 Robert Horvitz and Sir John E.Sulston.Brenner made significant contributions to work on the genetic code, and other areas of molecular biology while working in the Medical Research Council (MRC) Laboratory of Molecular Biology in Cambridge, England.

He established the roundworm Caenorhabditis elegans as a model organism for the investigation of developmental biology, and founded the Molecular Sciences Institute in Berkeley, California, United States.