Aaron Thibeaux "T-Bone" Walker (May 28, 1910 – March 16, 1975) was an American blues musician, composer, songwriter and multi-instrumentalist, who was a pioneer and innovator of the jump blues and electric blues sound.

In 2018 Rolling Stone magazine ranked him number 67 on its list of "The 100 Greatest Guitarists of All Time".In March 1975, Walker died due to health issues in his Los Angeles home. 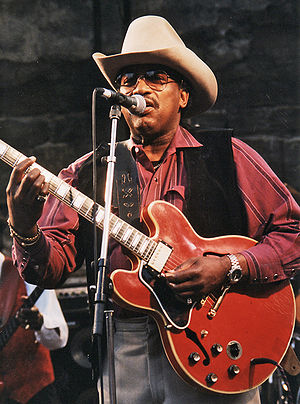 American blues guitarist and singer
Back
This content was extracted from Wikipedia and is licensed under the Creative Commons Attribution-ShareAlike 3.0 Unported License