Frederick Bean "Tex" Avery (February 26, 1908 – August 26, 1980) was an American animator and director, known for producing and directing animated cartoons during the golden age of American animation.

His most significant work was for the Warner Bros. and Metro-Goldwyn-Mayer studios, where he was crucial in the creation and evolution of famous animated characters such as Bugs Bunny, Daffy Duck, Porky Pig, Elmer Fudd, Droopy, Screwy Squirrel, The Wolf, Red Hot Riding Hood and George and Junior.

He gained influence for his technical innovation, directorial style and brand of humor.Avery's attitude toward animation was opposite that of Walt Disney and other conventional family cartoons at the time. 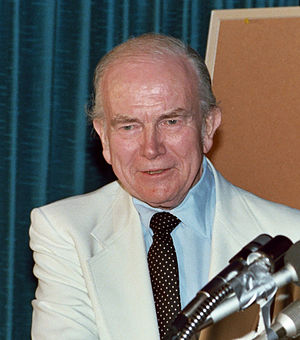 Cartoonist
Back
This content was extracted from Wikipedia and is licensed under the Creative Commons Attribution-ShareAlike 3.0 Unported License