He was initially elected as a Progressive but later joined the Republican Party.Schall was born in Reed City, Michigan, and moved with his family to Campbell, Minnesota, in 1884.

He initially attended Hamline University, but graduated from the University of Minnesota in 1902, followed by William Mitchell College of Law (then the St.

As he was legally blind, he was granted, by House vote, a full-time page to assist him with his work.

He served from March 4, 1925, until his death, in the 69th, 70th, 71st, 72nd, and 73rd congresses.He had a tough re-election campaign in 1930, facing strong candidates from both the Democratic and Farmer Labor parties, and eventually won with 37% of the vote.

Schall was struck by a hit and run driver while walking across the Baltimore–Washington Parkway in Cottage City, Maryland, on December 19, 1935.

He died in Washington three days later, becoming one of the few United States Senators or Congressmen to die in a road accident while in office.

He is buried in Lakewood Cemetery in Minneapolis. 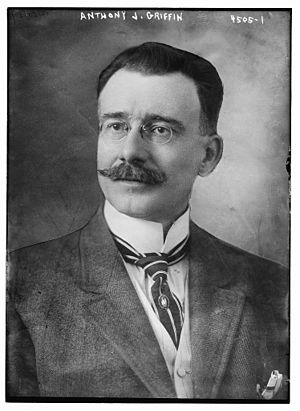