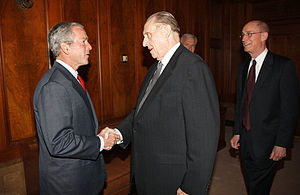 Thomas Spencer Monson (August 21, 1927 – January 2, 2018) was an American religious leader, author, and the 16th President of The Church of Jesus Christ of Latter-day Saints (LDS Church).

As president, he was considered by adherents of the religion to be a prophet, seer, and revelator.Monson's early career was as a manager at the Deseret News, a Utah newspaper owned by the LDS Church.

He spent most of his life engaged in various church leadership positions and public service.Monson was ordained an LDS apostle at age 36, served in the First Presidency under three church presidents, and was the President of the Quorum of the Twelve Apostles from March 12, 1995, until he became President of the Church on February 3, 2008.

He succeeded Gordon B.Hinckley as church president.Monson received four honorary doctorate degrees, as well as the Boy Scouts of America's Silver Buffalo and the World Organization of the Scout Movement's Bronze Wolf—the highest awards in each organization.

He was a member of the National Executive Board of the Boy Scouts of America, the organization's governing body.Monson was chairman of the Boards of Trustees/Education of the Church Educational System, and Ronald Reagan appointed him to the U.S.

President's Task Force for Private Sector Initiatives.He married Frances Beverly Johnson in the Salt Lake Temple in 1948, and together they raised their three children. 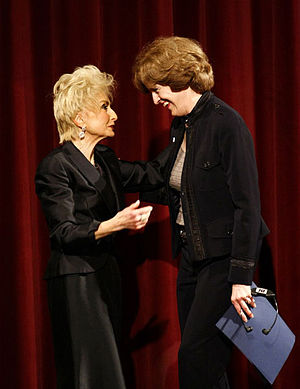 American religious leader
Back
This content was extracted from Wikipedia and is licensed under the Creative Commons Attribution-ShareAlike 3.0 Unported License