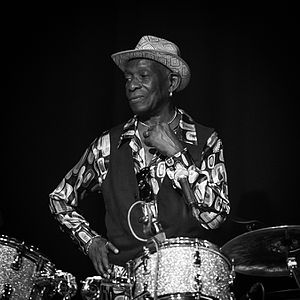 Allen was the drummer and musical director of Fela Kuti's band Africa '70 from 1968 to 1979, and was one of the primary co-founders of the genre of Afrobeat music.

Fela once stated that, "without Tony Allen, there would be no Afrobeat." He was described by Brian Eno as "perhaps the greatest drummer who has ever lived".

Veal, who previously wrote a comprehensive biography of Fela Kuti.