Born in Revere, Massachusetts, he was a 1962 graduate of St.Mary's High School in Lynn, Massachusetts.Conigliaro started his MLB career as a teenager, hitting a home run in his first at-bat during his home field debut in 1964, going on to set the still current (as of 2020) record for home runs by a teenager, with 24.

During the Red Sox "Impossible Dream" season of 1967, he was hit in the face by a pitch that caused a severe eye injury and derailed his career.

Though he would make a comeback from the injury, his career was not the same afterwards. 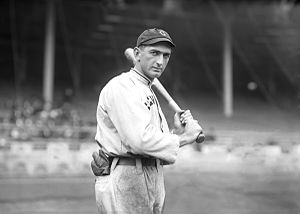 Major League Baseball outfielder
Back
This content was extracted from Wikipedia and is licensed under the Creative Commons Attribution-ShareAlike 3.0 Unported License