He played for the Philadelphia Phillies on October 3, 2012.He batted and threw right-handed and served primarily as a starting pitcher.

Brummett was drafted by the Phillies in 2007 and played for five of their minor league affiliates until 2012, when the organization promoted him to the major leagues.

After the season ended, he was claimed off waivers by the Toronto Blue Jays.He subsequently signed with the Los Angeles Dodgers as a free agent in 2014, and was released in August of that same year, having not played a major league game with either team.

He died six years later when the plane he was piloting crashed in Utah.He was just 35 years old. 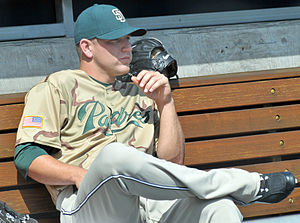