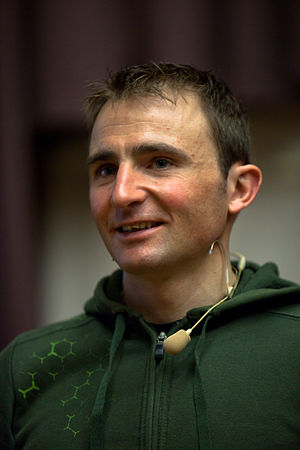 Ueli Steck (German: [ˈyːli ʃtɛk]; 4 October 1976 – 30 April 2017) was a Swiss rock climber and mountaineer.He was the first to climb Annapurna solo via its South Face, and set speed records on the North Face trilogy in the Alps.

He won two Piolet d'Or awards, in 2009 and 2014.Having previously summitted Mount Everest, Steck died on 30 April 2017 after falling during an acclimatizing climb for an attempt on the Hornbein route on the West Ridge of Everest without supplemental oxygen.