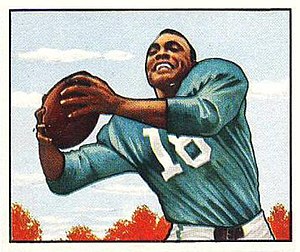 For that reason, his portrait hangs in the Pro Football Hall of Fame in Canton, Ohio.