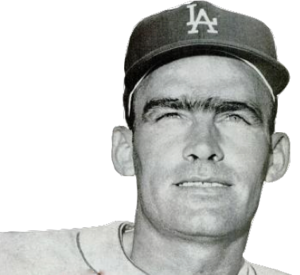 Wallace Wade Moon (April 3, 1930 – February 9, 2018) was an American professional baseball outfielder in Major League Baseball.Moon played his 12-year career in the major leagues for the St.

He was an All-Star for two seasons and a Gold Glove winner one season.Moon batted .295 or more for seven seasons.