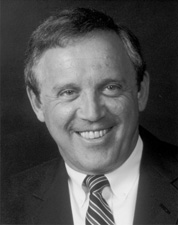 He was known as a moderate centrist, to such an extent that President Clinton approached him in 1994 about replacing departing Treasury Secretary Lloyd Bentsen in Clinton's cabinet, an offer that Rudman declined.

After two terms in office, Rudman chose not to run for re-election in 1992.At the time of his death, he was a co-chair of Albright Stonebridge Group; a retired partner in the international law firm Paul, Weiss, Rifkind, Wharton & Garrison; and an advisory board member of Promontory Financial Group.

He previously sat on the board of directors of Raytheon, Collins & Aikman, Allied Waste, Boston Scientific and a number of funds in the Dreyfus Family of Funds.