Sir Frank Athelstane Swettenham (28 March 1850 – 11 June 1946) was a British colonial administrator who became the first Resident general of the Federated Malay States, which brought the Malay states of Selangor, Perak, Negeri Sembilan and Pahang together under the administration of a Resident-General based in Kuala Lumpur.

He served from 1 July 1896 to 4 November 1901.He was also an amateur painter, photographer and antique collector.He was born in Belper, Derbyshire, the son of attorney James Oldham Swettenham, and Charlotte Elizabeth Carr and was educated at the Dollar Academy in Scotland and St Peter's School, York.

He was a descendant of Mathew Swetenham, Henry IV's bow bearer, and the younger brother of the colonial administrator Sir James Alexander Swettenham.

He was one of close to forty former British Empire officials to oppose the Malayan Union.Swettenham co-authored a A Dictionary of the Malay Language with Hugh Clifford.

The dictionary, which was published in stages between 1894 and 1902, was abandoned after the letter 'G' as by then it had been made redundant by the publication of R.J. 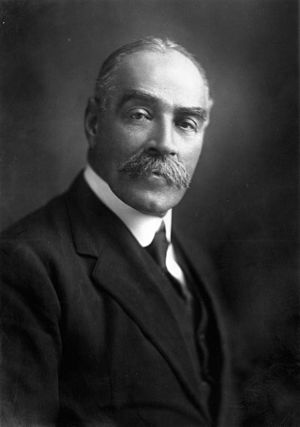 British colonial administrator
Back
This content was extracted from Wikipedia and is licensed under the Creative Commons Attribution-ShareAlike 3.0 Unported License