William Selby Harney (August 22, 1800 – May 9, 1889) was a Tennessee-born cavalry officer in the US Army, who became known (and controversial) during the Indian Wars and the Mexican–American War.

One of four general officers in the US Army at the beginning of the American Civil War, he was removed from overseeing the Department of the West because of his Confederate sympathies early in the war although he kept Missouri from joining the Confederacy.

Under President Andrew Johnson, he served on the Indian Peace Commission, negotiating several treaties before spending his retirement partly in St.

Louis and partly trading reminiscences with Jefferson Davis and Ulysses S.Grant in Mississippi. 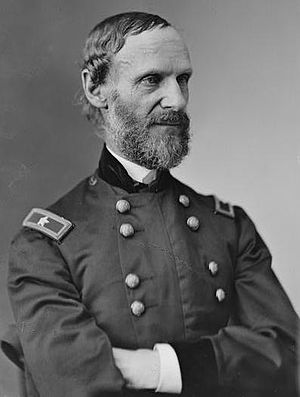