William Speirs Bruce (1 August 1867 – 28 October 1921) was a British naturalist, polar scientist and oceanographer who organized and led the Scottish National Antarctic Expedition (SNAE, 1902–04) to the South Orkney Islands and the Weddell Sea.

Among other achievements, the expedition established the first permanent weather station in Antarctica.Bruce later founded the Scottish Oceanographical Laboratory in Edinburgh, but his plans for a transcontinental Antarctic march via the South Pole were abandoned because of lack of public and financial support.

In 1892 Bruce gave up his medical studies at the University of Edinburgh and joined the Dundee Whaling Expedition to Antarctica as a scientific assistant.

This was followed by Arctic voyages to Novaya Zemlya, Spitsbergen and Franz Josef Land.In 1899 Bruce, by then Britain's most experienced polar scientist, applied for a post on Robert Falcon Scott's Discovery Expedition, but delays over this appointment and clashes with Royal Geographical Society (RGS) president Sir Clements Markham led him instead to organise his own expedition, and earned him the permanent enmity of the geographical establishment in London.

Although Bruce received various awards for his polar work, including an honorary doctorate from the University of Aberdeen, neither he nor any of his SNAE colleagues were recommended by the RGS for the prestigious Polar Medal.

Between 1907 and 1920 Bruce made many journeys to the Arctic regions, both for scientific and for commercial purposes.His failure to mount any major exploration ventures after the SNAE is usually attributed to his lack of public relations skills, powerful enemies, and his Scottish nationalism.

By 1919 his health was failing, and he experienced several spells in hospital before his death in 1921, after which he was almost totally forgotten.

In recent years, following the centenary of the Scottish Expedition, efforts have been made to give fuller recognition to his role in the history of scientific polar exploration. 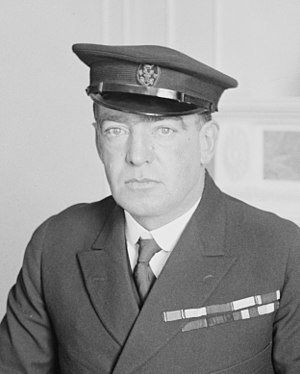 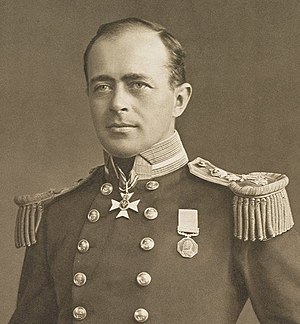 Antarctic explorer
Back
This content was extracted from Wikipedia and is licensed under the Creative Commons Attribution-ShareAlike 3.0 Unported License