John William Wright Patman (August 6, 1893 – March 7, 1976) was an American politician.First elected in 1928, Patman served 24 consecutive terms in the United States House of Representatives for Texas's 1st congressional district from 1929 to 1976.

He was a member of the Democratic Party.Patman grew up in Hughes Springs, Texas.After graduating from Cumberland University, Patman returned to Hughes Springs to be a lawyer.

From 1916 to 1917, Patman held his first political office as assistant county attorney for Cass County, Texas.He then served in the United States Army during World War I from 1917 to 1919.

After the war, Patman was elected to the Texas House of Representatives in 1920.Patman served two terms in the Texas House before serving as a district attorney in Texas from 1924 to 1929.

In Congress, Patman was a fiscal watchdog who challenged practices of major banks and the Federal Reserve.He co-sponsored the Robinson-Patman Act of 1935, which was designed to protect small retail shops against competition from chain stores by fixing a minimum price for retail products.

From 1963 to 1975, Patman chaired the United States House Committee on Banking and Currency.Patman served in Congress until his death in 1976.

His son Bill Patman later served in a different U.S.House seat in Texas from 1981 to 1985. 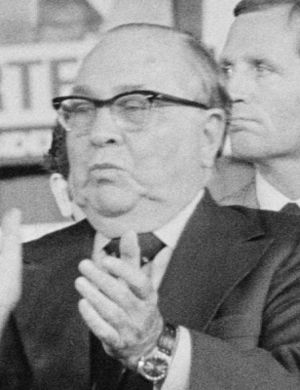