He is considered among the best Indian filmmakers.For his contributions to film, the Government of India honoured him with the Dadasaheb Phalke Award in 2001, and the Padma Bhushan in 2005.

British Academy of Film and Television Arts BAFTA 2006 presented him with a lifetime membership, making him the first Indian to receive the honour.

Chopra began his career as an assistant director to I.S.Johar and his elder brother, B.R.Chopra.He made his directorial debut with Dhool Ka Phool in 1959, a melodrama about illegitimacy, and followed it with the social drama Dharmputra (1961).

Chopra rose to prominence after directing the critically and commercially successful drama Waqt (1965), which pioneered the concept of ensemble casts in Bollywood.

In 1970, he founded his own production company, Yash Raj Films, whose first production was Daag: A Poem of Love (1973), a successful melodrama about polygamy.

His success continued in the seventies, with some of Indian cinema's most successful and iconic films, including the action-thriller Deewaar (1975), which established Amitabh Bachchan as a leading actor in Bollywood; the ensemble romantic drama Kabhi Kabhie (1976) and the ensemble drama Trishul (1978).

Chopra collaborated with Sridevi in two of what has been considered to be his finest films; the romantic musical Chandni (1989), which became instrumental in ending the era of violent films in Bollywood and returning to musicals, and the intergenerational musical romantic drama Lamhe (1991), considered by critics and Chopra himself to be his best work, but underperformed at the domestic box-office although brought profits overseas.

After helming the critically panned Parampara (1993), Chopra directed the musical psychological thriller Darr (1993), the first of his films to star Shahrukh Khan.

He died of dengue fever during Jab Tak Hai Jaan's production in 2012.He was considered one of the best directors in Bollywood industry. 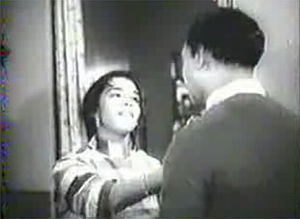