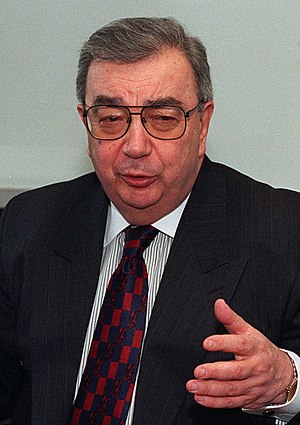 During his long career, he also served as Foreign Minister, Speaker of the Supreme Soviet of the Soviet Union, and chief of the intelligence service.

Primakov was an academician (Arabist) and a member of the Presidium of the Russian Academy of Sciences.

Prime Minister of Russia
Back
This content was extracted from Wikipedia and is licensed under the Creative Commons Attribution-ShareAlike 3.0 Unported License