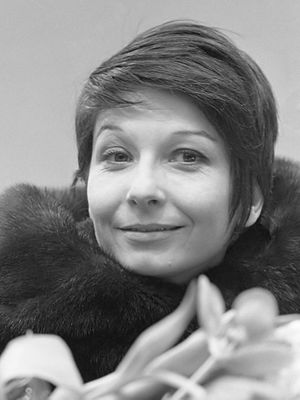 Renée Marcelle "Zizi" Jeanmaire (29 April 1924 – 17 July 2020) was a French ballet dancer, actress and singer.She became famous in the 1950s after playing the title role in the ballet Carmen, produced in London in 1949, and went on to appear in several Hollywood films and Paris revues.

She was the wife of dancer and choreographer Roland Petit, who created ballets and revues for her.

French ballet dancer
Back
This content was extracted from Wikipedia and is licensed under the Creative Commons Attribution-ShareAlike 3.0 Unported License