Ada Reeve (born Adelaide Mary Reeves, 3 March 1874 – 5 October 1966) was an English actress of both stage and film.Reeve began to perform in pantomime and music hall as a child.

She gained fame in Edwardian musical comedies in the 1890s.Reeve found considerable success on tour in Australia, South Africa, America and other places in pantomime, variety and vaudeville in the new century.

At the age of 70 she began a film career, which she pursued for over a dozen years. 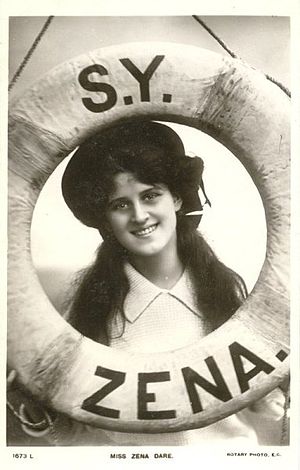 British actor and singer
Back
This content was extracted from Wikipedia and is licensed under the Creative Commons Attribution-ShareAlike 3.0 Unported License