He is associated with the matterism of the European informal art movement and described his style as a polymaterialist.He had connections with Lucio Fontana's spatialism and, with Antoni Tàpies, an influence on the revival of the art of post-war assembly in America (Robert Rauschenberg) as in Europe. 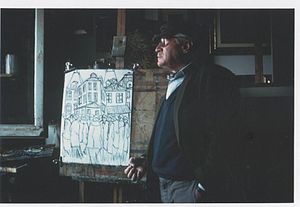