Dayle Lymoine Robertson (July 14, 1923 – February 27, 2013) was an American actor best known for his starring roles on television.He played the roving investigator Jim Hardie in the television series Tales of Wells Fargo and Ben Calhoun, the owner of an incomplete railroad line in Iron Horse.

He often was presented as a deceptively thoughtful but modest Western hero.From 1968 to 1970, Robertson was the fourth and final host of the anthology series Death Valley Days. 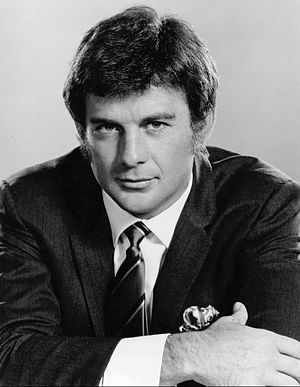