Richard Lee Stuart (November 7, 1932 – December 15, 2002), nicknamed "Dr.Strangeglove", was an American professional baseball player.He played in Major League Baseball (MLB) as a first baseman from 1958 to 1966 then, played in the Nippon Professional Baseball (NPB) league from 1967 to 1968 before returning to play one final season in MLB in 1969.

A two-time All-Star player, Stuart was notable for being an integral member of the 1960 Pittsburgh Pirates team that upset the New York Yankees to win the 1960 World Series and, for being the 1963 American League RBI champion. 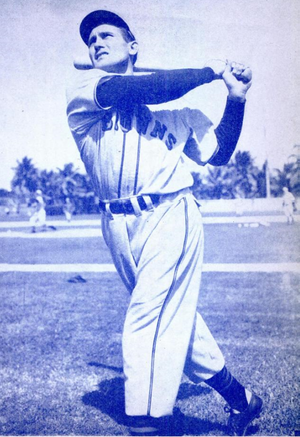