Zachariah T.Chandler (December 10, 1813 – November 1, 1879) was an American businessman, politician, one of the founders of the Republican Party, whose radical wing he dominated as a lifelong abolitionist.

He was mayor of Detroit, a four-term senator from the state of Michigan, and Secretary of the Interior under President Ulysses S.

Grant.As a successful young businessman in Detroit, Chandler supported the Underground Railroad.During the Civil War, he advocated for the Union war effort, the abolition of slavery, and civil rights for freed African Americans.

In 1879, he was re-elected U.S.Senator and was a potential Presidential candidate, but he died the following morning after giving a speech in Chicago. 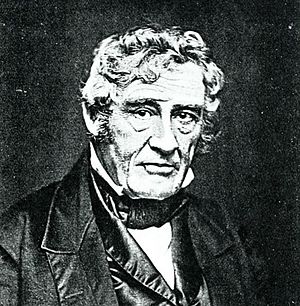