Keying (21 March 1787 – 29 June 1858), also known by his Chinese name Qiying and his Manchu name Kiyeng, was a Manchu statesman during the Qing dynasty of China.

An imperial clansman of the house of Aisin Gioro, he began his career in the Imperial Clan Court.He conducted several peace treaties with Western powers, beginning with the Treaty of Nanking, which ended the First Opium War with Britain in 1842.

Keying was sent to negotiate again in 1858 to settle the Arrow War with Britain and France, but the settlement was repudiated by the Daoguang Emperor and he was forced to commit suicide. 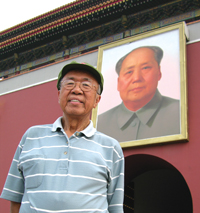