American pioneer of the Oregon Territory

General Joel Palmer (October 4, 1810 – June 9, 1881) was an American pioneer of the Oregon Territory in the Pacific Northwest region of North America.

He was born in Canada, and spent his early years in New York and Pennsylvania before serving as a member of the Indiana House of Representatives.

Palmer traveled to the Oregon Country in 1845.He played a central role in blazing the last leg of the Oregon Trail, the Barlow Road, with Sam Barlow and others.

Specifically, Palmer is noted for having climbed high on Mount Hood to observe the surrounding area when the party ran into difficulty.

He wrote a popular immigrant guidebook, co-founded Dayton, Oregon, and served as a controversial Indian Affairs administrator.After Oregon became a state, Palmer served in both branches of the Oregon Legislative Assembly.

He was selected as Speaker of the Oregon House of Representatives for one session in 1862, and in 1870 lost a bid to become Governor of Oregon.

The Palmer House, his former home in Dayton, was added to the National Register of Historic Places in 1987. 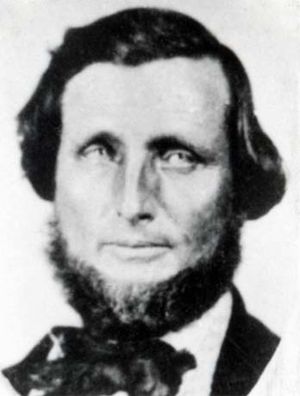