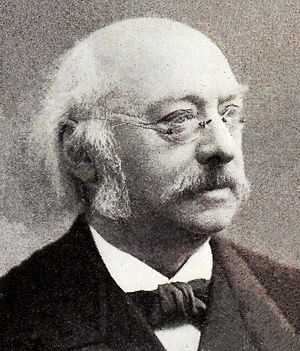 Johannes Bosscha Jr. (18 November 1831 – 15 April 1911) was a Dutch physicist.Bosscha came from a family long known for their academic achievements.

His great-grandfather and grandfather were classical scholars.His father, (1797–1874), was a professor of history and literature and also was minister of church-state relationships in two governments (1853–1861).From 1844–1848 Johannes Jr. attended a Latin school in Amsterdam, after which he enrolled at Leiden University.

In 1854 he obtained his doctoral degree (promotor Pieter Rijke) with a thesis on galvanometry.After a brief sojourn in Berlin he returned to the physics department in Leiden.

Here he made important investigations on galvanic polarization and the rapidity of sound waves.He initiated the mechanical theory of electrolysis, and he was one of the first (1855) to suggest the possibility of sending two messages simultaneously over the same wire.

In 1858 he published "Conservation of Energy in Galvanic Currents", in which he applied the recently formulated first law of thermodynamics to electrical phenomena.

In 1860, Boscha became chair of natural sciences at the Koninklijke Militaire Academie in Breda and in 1863 became a member of the Royal Netherlands Academy of Arts and Sciences.

In that year Thorbecke appointed him as inspector of secondary education for the southern part of the country, in which capacity he had much influence on Thorbecke's newly introduced schooling system, insisting, for example, on specialized classrooms for physics and chemistry.

In 1873 he accepted the chair of the physics department at the Polytechnic School in Delft, which would turn into the Delft University of Technology.

In 1875, he published a three-volume Leerboek der natuurkunde (Textbook of Physics) in which no higher math was used and which saw many editions.

In 1885 Boscha needed to resign as director because of poor health.His Verspreide Geschriften (Diverse Writings) were published in three volumes (Leyden, 1902). 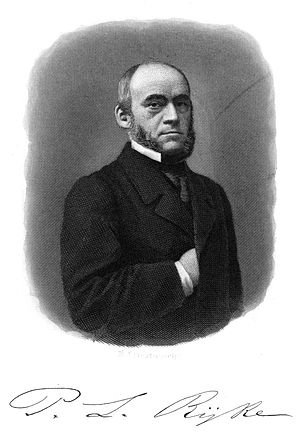 Dutch physicist
Back
This content was extracted from Wikipedia and is licensed under the Creative Commons Attribution-ShareAlike 3.0 Unported License