National Singles Championships in 1948 and 1949 and 12 Professional Grand Slam titles.He also won three Tournament of Champions professional events in 1957, 1958, and 1959.

Gonzales was a ruthless competitor with a fierce temper.Many of his peers on the professional circuit were intimidated by him, and he was often at odds with officials and promoters.

However, he was a fan favorite who drew more spectators than any other player of his time. 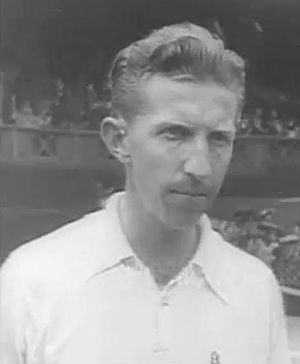