Svimon (Georgian: სვიმონი; 9 November 1683 – 27 January 1740) was a Georgian prince royal (batonishvili) of the Bagrationi dynasty of House of Mukhrani of Kartli and a natural son of Levan of Kartli by an unknown concubine.

Svimon ruled Kartli as a regent from 1712 to 1714 during the absence of his half-brother Vakhtang VI at the Safavid court in Iran.

Afterwards, he switched sides between Vakhtang and his renegade sibling Jesse and ended up in exile in the Russian Empire as part of Vakhtang's entourage. 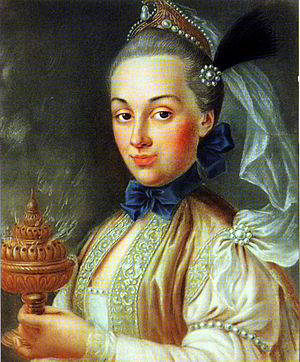