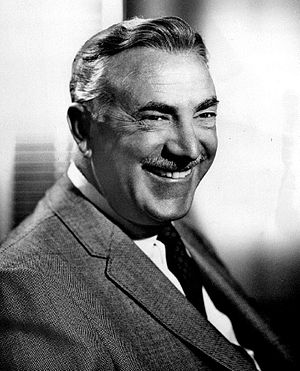 Raymond Thomas Bailey (May 6, 1904 – April 15, 1980) was an American actor, and comedian on the Broadway stage, films, and television.He is best known for his role as wealthy banker Milburn Drysdale in the television series The Beverly Hillbillies.