Blanda played 26 seasons of professional football, the most in the sport's history, and had scored more points than anyone in history at the time of his retirement.

Blanda retired from pro football in August 1976 as the oldest player to ever play at the age of 48.One of only two players to play in four different decades (the other being John Carney), he holds the record for most extra points made (943) and attempted (959). 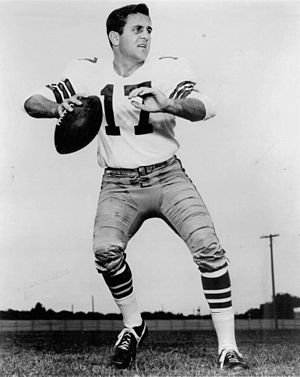